I was wrong about Bitcoin and Cryptocurrencies. Here is why I changed my mind…

When I first heard about bitcoin in 2016 and 2017 I dismissed it as fraud, a ponzi scheme, or a pure speculative mania that will go away. After all, it was my belief that it had no intrinsic value, no cash flows to perform security analysis on, and it was just used by obscure internet traffickers, speculators, and anarchist libertarians who wanted out of the financial system.

The truth is, I was intellectually lazy and did not dedicate the required amount of time needed to understand why bitcoin, blockchain, and cryptocurrencies have value. After spending several thousand hours studying all of this, I changed my mind and I now understand why this technology and monetary network(s) are here to stay. I also now understand why so many people dismiss this technology because it requires a new conceptual vessel or framework in which to look at how we exchange value with each other and to understand the many different fields it integrates. To properly understand this technology, it requires some knowledge about so many different fields such as cryptography, computer databases and ledgers, mathematics, programming, economic game theory, monetary policy, and network effects.

I believe we are witnessing the evolution of a new investment asset class that will disrupt financial services in the future. While there are many different cryptocurrency protocols or projects, the one that has gained the most capital and regulatory clarity around the world is Bitcoin. During the many hours studying Bitcoin, I had many "aha!" moments that helped me change my mind. Here are some of the major insights I learned.

Bitcoin has never been hacked. The bitcoin network has never been hacked. Right now it is the most secure network that exists given the amount of computational power and capital dedicated to it. It is very easy to fall prey of the media headlines about this company or that exchange being hacked and coins being stolen. This misses the point of what actually happens and it is a reflection of the vulnerability of a centralized company holding your bitcoin. Bitcoin is a bearer asset, meaning that whomever owns the private keys, owns the asset. If you give up control of your private keys to an exchange, you are dependent on the security standards of that institution. Bitcoin, the network, has never been hacked and has continued to produce new blocks and bitcoins reliably since 2009.

Bitcoin's value is different than a traditional asset and is misunderstood. Just like gold, bitcoin has no intrinsic value and produces no operating cash flows like a stock. Yet, gold has been used for millennia as the monetary base on which most currencies were backed. There are many reasons for that but the most important one is trust. Trust in knowing the government or other powerful individuals can't manipulate the intrinsic composition of gold and that gold can be relied upon across time and space to be a store of value. Bitcoin, as a monetary network, can be utilized across time and space to transfer value without reliance on any single institution. The developed world, specially the US which enjoys the benefits of the US Dollar being the reserve currency, can't easily appreciate the importance of this.

Bitcoin's energy consumption is every efficient considering its monetary network value. Have you ever considered how much energy the US government consumes to maintain its power and the US Dollar dominance across the world? It’s multiple of times of bitcoin's energy consumption. I think comparing our general uses of energy to bitcoin's energy use is the wrong question to ask as it is likely that Bitcoin and similar cryptocurrencies will incentivize the most direct and efficient mechanism to transform energy to monetary value by increasing access to renewable low-cost energy sources that are currently underutilized.

Bitcoin is a monetary base layer in which other applications will be built upon. One common criticism is that bitcoin failed as a means of payment or exchange. It is true that the base layer can't handle the transaction throughput of a Visa, a Venmo, or other monetary payment networks. What we fail to realize is that these are application layers built atop a slowly moving financial infrastructure that takes several business days to settle a transaction. Bitcoin can achieve transaction finality and settlement within 10 minutes, not days. Over time, there will be application layers built on top that will increase transaction throughput to levels we are accustomed to. In fact, we are already witnessing this as El Salvador and Twitter adopt the Bitcoin Lightening Network to accommodate small payments which settle within seconds at virtually no cost.

Bitcoin will never be used for illicit activities by those who understand it...it’s so dumb!  Another criticism of bitcoin is that it is only used by hackers, fraudsters, or money launderers who don't want to play by the rules. After studying how transparent and public all transactions are in the bitcoin network, one realizes that it will be pretty dumb to use the bitcoin network to commit any fraud as transactions are 100% traceable by anybody. Knowing this, I expect that the typical briefcase full of USD cash will continue to be the most commonly used manner in which to conduct illicit activities because dollar bills are untraceable. Bitcoin is traceable, publicly, by anybody. Furthermore, forensic studies of bitcoin network show that a very small percentage of transactions are for illicit activities nowadays.

Bitcoin can’t be banned by governments. There is a common belief that governments around the world will eventually ban bitcoin. The more the network and users it grows, the less likely this is going to happen. It is estimated that there are 70 million bitcoin wallets or users. Just two years ago the number was less than 30 million. China has tried to ban and prohibit cryptocurrency within its borders multiple times over the past years, yet, it can't ban it completely because bitcoin is a distributed network across the entire world that will continue to exists as long as users maintain their private keys and there are miners and computers connected to the network somewhere around the world. The only possible way bitcoin can be completely banned is if the nearly 200 countries around the world agree to ban it all together. Considering that now some countries are making bitcoin legal tender embedded in legislation, this scenario is extremely unlikely. In the US, we are beginning to have more regulatory clarity around it since the IRS, the SEC, the OCC, and CFTC have all published their opinion about what bitcoin represents.

Bitcoin has the strongest adoption curve and network effects we have seen of any technology. The number of users in the bitcoin network have increased at a pace that is beyond what we experienced in the usage of smartphones or even the internet. It is the fastest technology adoption curve we have ever seen. Studies show that the value of a network increases exponentially as the amount of users and notes in the network increase. The challenge is that humans are used to think in terms of lineal growth, not exponential. One of the most important values of a monetary network is its adoption and usage, so the more people use bitcoin network the higher the value.

These are some of the most important realizations that helped me change my mind about bitcoin and cryptocurrencies in general. The reality is that there is so much more to this space that requires more in-depth evaluation. Ethereum and other blockchain protocols are creating different use cases and application layers that are beginning to create massive value and receive billions of dollars in investor's capital as well. This industry is moving at a very fast pace creating new frameworks that will transform how we transfer value, how we interact with financial services and other utility networks and services in the future. 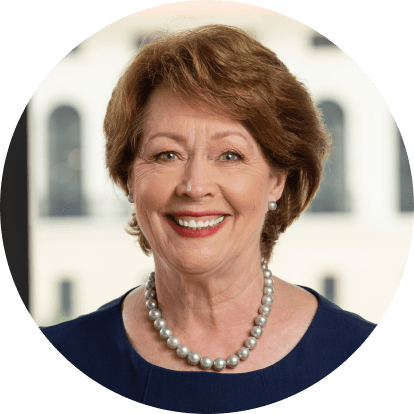 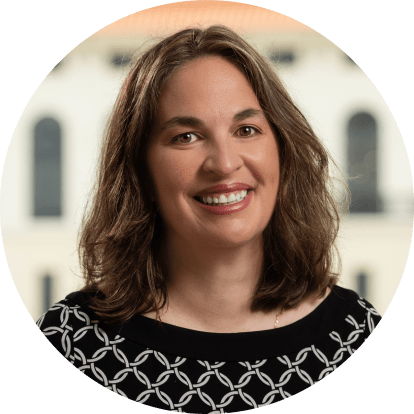 Deborah Badillo, CFP®
Client Advisor
Shopping With Purpose
I am not a big shopper. That said, when I do shop, I look for presents that pay it forward. What do I mean by that?

Linda Lubitz Boone, CFP®
President
Managing Debt During Retirement: Your Mortgage
Consider this — conventional wisdom says homeowners should pay off their home loans before retirement. But does this really make sense for you?
View all insights
Fully.
Happily.
Comfortably.
We're committed partners, working alongside our clients to illuminate possibilities, create a financial roadmap, and help them pursue a quality life, reimagined.
Let's talk